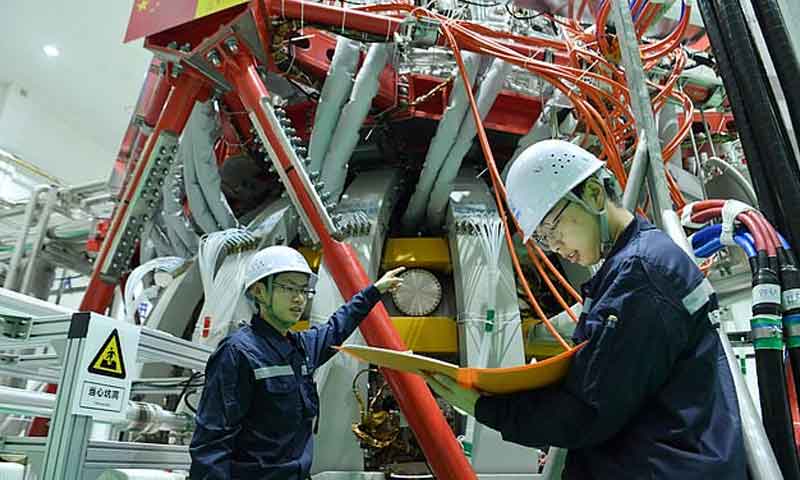 Beijing: China has developed its own ‘artificial sun’ with the help of nuclear energy, which will provide a powerful and unlimited source of clean energy.

The HL-2M Tokamic reactor is China’s largest and most advanced nuclear fusion experimental research device, and scientists hope the device could potentially open up a powerful source of green energy, according to a foreign news agency.

According to the report, the device is designed to use a powerful magnetic field to heat hot plasma at a temperature of 150 million degrees Celsius, which is 10 times hotter than the heat of the sun.

According to the report, the reactor is often called artificial sun because of the intense heat and power generated in it.

In this regard, Chinese officials say that the development of nuclear fusion energy is not only a way to meet China’s strategic energy needs, but also of great importance for the future sustainable development of China’s energy and national economy.